You are: Home » Stamps » Articles » Most valuable and expensive canadian stamps

Most valuable and expensive canadian stamps

Back in 1851, the price for these stamps was very high therefore just 1,450 of them were sold of the 51,000 that were printed. The remaining 49,550 copies of the stamp that were unsold were taken off the market and destroyed in 1857. This stamp was produced on laid paper without perforations. 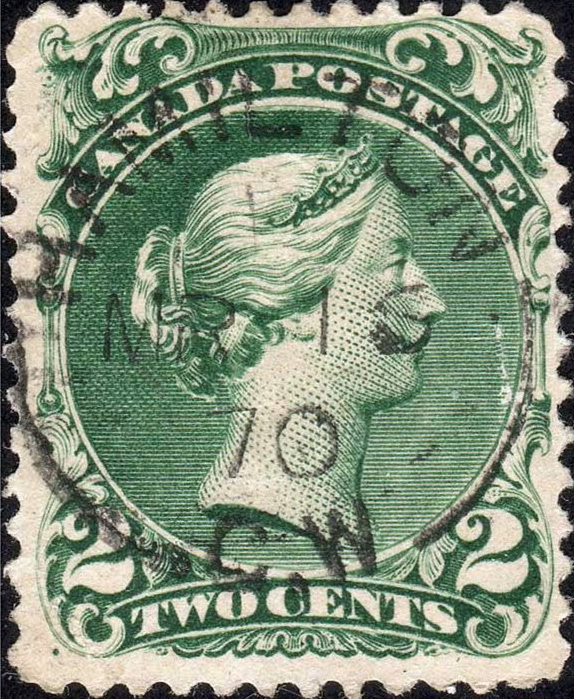 All used, only 3 are known to exist. The 3rd copy of this stamp was found by philatelist Brian Grant Duff in 2013 and certified by Vincent Graves Greene Philatelic Research Foundation. This stamps was first discovered in 1925. If this stamp is ever found in mint condition with original gum, it could worth up to $1,000,000. This portrait is based on an engraving by Charles Henry Jeens and engraved by Alfred Jones and Henry Earle Sr. 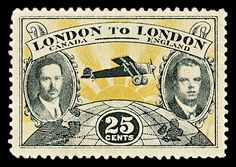 Only 100 of this samp were printed and most of them were destroyed when being transported by a plane, flown by Capt. Terence Tulley and Lt. James Medcalf, that crashed into the Atlantic Ocean in August 1927. 13 singles are known to exist (worth around $100,000 in mint with gum condition) and 1 cover.

1st stamp issued in Canada. The beaver building a dam was symbolic of the people of Canada building their towns, cities, and communities. The 2nd purpose of choosing the beaver centred in the original meaning of the beaver skin; it represented a medium of exchange in trade. 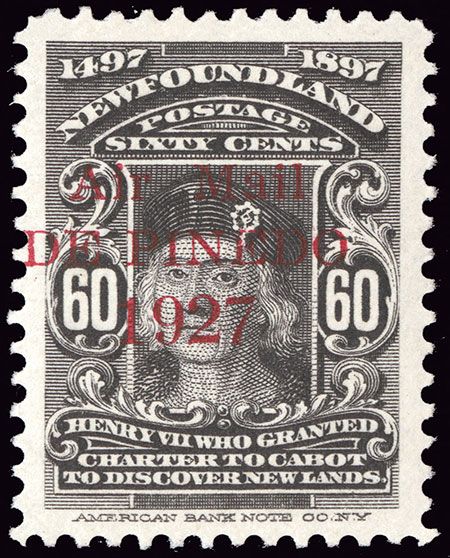 Only 300 copies were produced and there are 33 that are known to exist in mint condition. The overprint denotes that the stamps were intended for letters to be flown by Francesco de Pinedo, a famed Italian aviator. 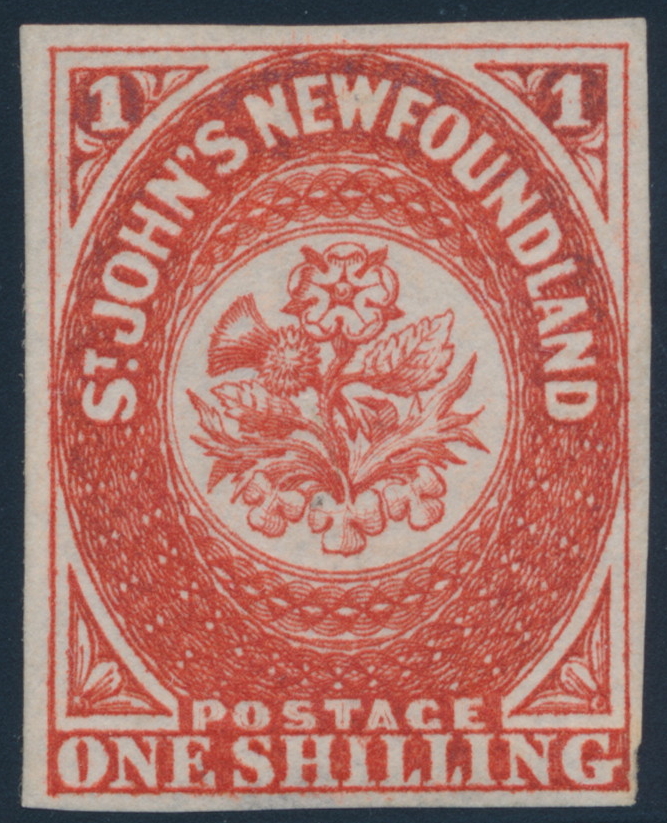 Released on January 1, 1857, this stamp was one of the first issues of Newfoundland with a design of a rose, thistle and shamrock.

From Drs. Joanne and Edward Dauer Collection of British North America, at the same auction of the previous stamp listed here (January 30, 2014, Spink New Nork) a mint one sold for $45,000.

Rawdon, Wright, Hatch and Edison, the New York security printers, received the contract to print more than 100,000 of these Canadian postage stamps that were issued on May 12, 1851. 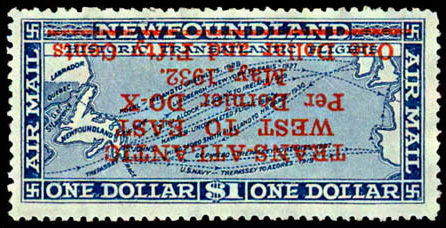 Of the 8,000 printed, only 50 of this stamp display the inverted surcharge with approximately 30 surviving ones. They were produced for mail transported aboard the Dornier DO-X flying boat which travelled from Germany to Canada. 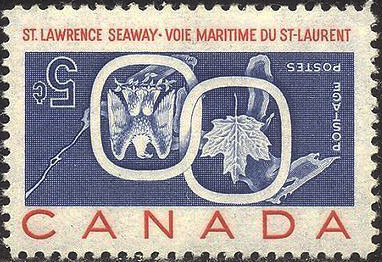 Because of the nature of the error on this stamp, it is one of the most known stamp in the history of Canada.